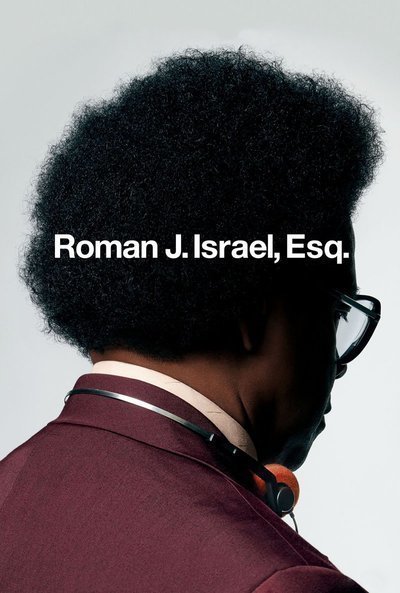 When one goes to the movies, we want to be able to empathize with the actors. We want to be able feel what they are going through and understand the struggles of their world. In “Roman J Israel Esq,” Denzel Washington plays the role of Roman J Israel, a reclusive Black defensive lawyer who performs better not being in at the forefront, but strategizing from behind the scenes. This seems to work for Roman, but when his partner ends up in hospital in critical condition, Roman finds himself having to adjust to his new boss, George Pierce, played by Colin Farrell.

Roman is presented to us as not confident. He mumbles on words and when audible, he can cast an insult on an unsuspecting coworker. It puts him at odds with everyone. He’s been working on a case study to expose flaws in the judicial system. He believes what he discovered will forever change the course of history when it comes to how criminals are treated with regards to posting bail. The problem Roman faces is how to get his bosses to believe him and jump aboard with what he is doing.

The film doesn’t give us a background of why Roman does the things he do. Why he dresses like an old timers. He sports an unkempt Afro which looks bad even when combed. When Maya Alston (played by Carmen Ejogo) invites him to address the students at the college she teaches, Roman gets a rude awaking. When he asks for example why are men seated and women standing during his lecture? He is confronted by a women who defends her right to stand and she even curses him off for addressing it. Roman is seen running away from the scene.

We see a transformation in Roman when people believes in his ability. His philosophical way of thinking inspires Maya, who finds him weird but interesting enough to want to be in his company. When Roman displays his brilliance to his coworkers by remembering dates and events off the top of his head, we see him being promoted and his White counterparts being happy to work with him. But Roman makes a bad decision that goes against the principles he believes in, and some where in his mind he must fight the case as a prosecuting lawyer, and a defensive lawyer.

Roman J Israel Esq.” is a character driven film. In some ways it is interesting and disgusting watching Roman goes through transformations from down to up and down again. I didn’t feel sympathetic to him before or after the event, which makes me not want to recommend this film, but if you are a Denzel fan, by all means go see it. You will also be getting with that an excellent performance from Colin Farrell. I give “Roman J Isreal Esq” 3 stars out of 5.